Heads up, Writers.  If you're planning on presenting  you might want to start getting ready.

The first packet of West Virginia Writers contest entries for 2017 has arrived. Unless you're Carole Garrison, yours are yet to arrive.

(This news courtesy the InterMountain.com)

These events are free and open to the public. The writers will be reading from their original work, and copies of their books will be available for sale. All readings will be held on Wesleyan’s campus in Loar Auditorium of Loar Hall of Music.

READ THE REST AT THIS LINK...

Very interesting article on the origins of the term "Affrilachia" as well as the beginnings of the Affrilachian Poets, courtesy WV Public Broadcasting.

Nigh on a decade ago, Terry McNemar, our former president who recently passed away, began an annual gift guide for books by West Virginia authors. With his passing last year, we re-instituted this annual tradition in his honor.  And as such, it's only fitting that Terry's books are #1 and #2 on the list.

So while you’re doing your holiday shopping, don’t forget to support these WV Writer, Inc. authors. And don’t forget to stop at your local bookstores: Tamarack, Taylor Books in Charleston, Empire Books & News in Huntington, Four Seasons Books in Shepherdstown, Vandalia Press, Main Line Books in Elkins, …to name just a few.  Those are great places where you might find these books!

If you are a member of West Virginia Writers and your book is not listed here, please send it in immediately and we will get you added to the list.  Send those to wvwriterssecretary@gmail.com.  You may also send links to your own website.  We'll be happy to post them as well.

This weekend, West Virginia Writers has a table at the WV Book Festival, at the Civic Center in Charleston.  We are debuting our 2017 WV Writers Writing Contest entry forms for both the adult and New Mountain Voices contests.  (These will be posted here next week.)

As part of our effort to assist the West Virginia libraries that were devastated by flooding this summer, and in conjunction with the WV Library Commission, we will be accepting NEW books from authors, which in turn will be given to the WVLC and distributed to the libraries as needed. Books can be dropped off at the WV Writers booth (#404) at the WV Book Festival.

To help raise money for the libraries, which is their primary need, WVW is considering several fund raising events in the near future.
https://www.facebook.com/West-Virginia-Book-Festival-1622…/…

Come on by, pick up an entry form and say howdy!

The Constitution and By-Laws of West Virginia Writers Inc., provides in Section 3 rules for the Election and Terms of Office for its board of directors.  "Officers shall be elected in open forum at the annual meeting and shall take office on July 1.  Any regular member of WVW not attending the conference may mail to the WVW Secretary, before the annual meeting, votes for persons eligible for Board office.  Officers shall serve a term of one year and may be reelected to that office only once, for a total of two consecutive terms.  At least one year must elapse before that person can be elected to that office again.  This does not preclude election to another office."

This year, 2016, there are four (4) new officer positions to be filled, those are President, First Vice President, Treasurer and Parliamentarian.

The Nominating Committee for West Virginia Writers, Inc., is pleased to place in nomination the following individuals:

The incumbent positions are:

Steve Goff is a comedian, actor and writer who has taught creativity and improv workshops for over twenty years. He has recently developed his Improve With Improv workshops which explore the relationship between creativity, improvisation and self-expression.

Since May of 2011, over 800 people have taken at least one of these innovative, energizing, creative, and fun improv sessions. His workshops, "Improv(e) Your Creativity," "Comedy Sketch Writing," and "Improv(e) Your Writing" have been offered at the West Virginia Writers, Inc. annual summer conference.

Steve has been an active member of WVW since 2007 and has worked closely with the last five WVW presidents on a variety of organization related projects. He served as the WVW Contest Coordinator in 2009 and 2010. From 2011-2014 he was the Entertainment Coordinator for the WVW summer conference. In addition, in 2009, drawing on his non-profit organizational management background, the WVW Board of Directors asked Steve to conduct and facilitate a productive organizational goals and objectives planning session. In 2011 at the WV Book Festival, he moderated a WVW sponsored panel discussion on the humor of West Virginia.

In July of 2012, in recognition of this inventive approach to improv and creativity, Steve received a 2012 Individual Artist Professional Development grant from the West Virginia Commission on the Arts. In August of 2012, Steve finished his second year of study at The Second City Training Center(SCTC) in Chicago, IL.

In March of 2013, Goff founded and coached The Fearless Fools improv team. The Fools launched in April 2013, and in two years’ time played over 50 improv shows to an audience of 2,000+. Steve performed with the Fools at the 2014 WVW Conference. In 2015 Steve stepped away from his performing and coaching role with the Fearless and is now a team advisor.

An accomplished character actor, Steve has been featured in a number of theater productions in WV, PA, NC, MD, and VA.

He holds a Bachelor's Degree in Journalism, and a Masters of Public Administration, both from West Virginia University. He was the first director of Morgantown's very successful Main Street Morgantown and also served as the first Executive Director of the Metropolitan Theater renovation project, also in Morgantown. His Main Street work later took him to North Carolina, and then to Washington, DC where he worked for both the National Trust for Historic Preservation and the National Main Street Center. While with the Main Street Center, Steve conducted creativity workshops for non-profit organizations, training staff and board members in 15 different states.

Besides the workshops, the acting and being a comic, Steve is also a freelance writer and consultant for various regional non-profit organizations. Steve lives with his wife Beth in Harrison County, WV.

Eliot Parker is the author of three novels: Breakdown at Clear River, Making Arrangements (named a Best Book of 2014 by USA Book News), and Fragile Brilliance. Fragile Brilliance was a 2016 Finalist for the Lords of Discipline Thriller Prize, which is affiliated with the Pat Conroy Southern Book Prize and SIBA. He also received the Bronze Award from the National Literary Habitat organization for mystery/thriller writing.

He currently teaches writing and literature at Mountwest Community and Technical College in Huntington, West Virginia. Learn more at www.eliotparker.com.

Grace Pritt, a natural-born West Virginian, knew she wanted to be a writer by the time she was 6 years old. In recent years, she's enjoyed being a WV Writers conference junior intern and getting to know many writers.

She received second place in the WV Poetry Out Loud 2013 state championship, and with the amazing support of the writing and artistic community members, she overcame censorship to perform Black Diamonds by Crystal Good at the 2014 Governor's Arts Awards. When she isn't writing or performing Grace enjoys spending time with family and friends and working to make a positive impact.

Her humanitarianism and volunteer work lead to her being named the Outstanding Young West Virginian in 2015. She also went on a World Race: Gap Year trip to the Philippines, Swaziland, and Nicaragua to help people and to learn. During the trip she was a team treasurer and also raised and managed funds for children's school fees.

R.G. Yoho was born in Parkersburg, West Virginia. While he was still a child, his parents moved the family across the Ohio River, to another cattle farm in Southeastern Ohio. A graduate of Hyles Anderson College, R.G. has been employed in chemical manufacturing for more than thirty years. At the same time, he worked as a freelance writer for years in many fields, such as politics and sports. In addition, R.G. also hosted a weekly radio talk show for over four years.

A proud member of Western Writers of America, Yoho's love of Westerns began with the reading of FLINT, a novel by famed Western author, Louis L'Amour.

Along with the Westerns, R.G. is the author of three non-fiction works, including AMERICA'S HISTORY IS HIS STORY.

A loving husband, father, and grandfather, R.G. is also a devoted fan of West Virginia University football and basketball.

When Dreama Pritt was in Elementary School, she looked up at visiting poet Muriel Miller Dressler in wide-eyed wonder, thinking "I want to be a writer too." Now a Marshall University English faculty member, she is a Maier Award-winning author whose publishing credits include Biostories, Et Cetera and Christianity Today's SmallGroups.com.  Her scholarly work often inhabits the intersection of literature and religious studies, and she has received awards and publications in multiple genres, including poetry, fiction, and creative nonfiction. She has been married to MU Alumnus Bill Pritt since 1989, and they have three brilliant and witty children. Dreama is a native West Virginian who was cradled by mountains and is still delighted with lightning bugs.

Eric Fritzius is the incumbent nomination for secretary, having served one year in the office already.  He is both a past secretary (2005-2006) and a past president (2007-2008) of West Virginia Writers, Inc.  He is a freelance writer/performer/educator/director/editor.  His short stories have appeared in fiction anthologies, the Greenbrier Valley Quarterly magazine, as well as in his first short story collection, A Consternation of Monsters. Several of his short plays have been produced by the Greenbrier Valley Theatre in Lewisburg, the Independent Theatre Collective in Wheeling, and by the Pocahontas Drama Workshop in Marlinton.

Three of his plays were recently chosen for production as part of the inaugural West Virginia Playwright’s Festival in Clarksburg (May 20-22).  Also in May he will be the director for and an actor in the Opera House PlayFest, a festival of seven short plays to be performed at the Pocahontas County Opera House in Marlinton (May 20-21).

Eric teaches Creative Writing at the Federal Corrections Institute in Beckley, WV.  He lives in Greenbrier County with his wife and an inadvisable number of dogs.

The descriptions of the majority of the workshops for WV Writers 2016 Summer Conference are now available and updates will be forthcoming.  Check it out at our CONFERENCE PAGE. 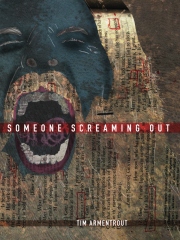 Tim and his work have been featured on previous episodes of the West Virginia Writers Podcast.  In addition to being a former regional rep for WV Writers, he is a poet and performance artist from West Virginia. He is the author of All This Falling Away (Dusie 2007), and his poems have appeared previously in several journals including Kestrel, Not Enough Night, Slumgullion, Brown Bagazine, and Hot Whiskey.